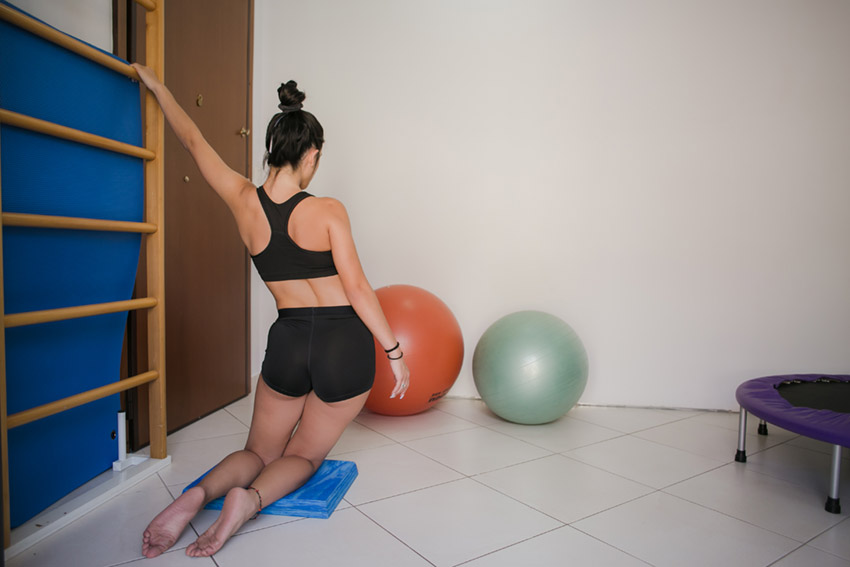 The Scroth method is a physiotherapy method for the treatment of scoliosis and kyphosis.

The technique is officially recognized by international scientific communities such as the Scoliosis research society (SRS) and the Society on Scoliosis orthopedic and rehabilitation treatment (SOSORT). It is included in the Special Physiotherapeutic Exercises for Scoliosis, a term that is now used internationally to distinguish the Special from the Non-Special Exercise for Scoliosis.

The indications for the application of the method are either as an exclusive treatment in small scoliosis (less than 25 degrees) or in adults regardless of the size of the hump or in combination with an orthopedic brace in scoliosis over 25 degrees, in children with developmental delays. It can also be applied effectively even after surgery.

The method was discovered in 1921 by Katharina Scroth. As a patient herself and after years of treatment with a brace, she was inspired by the inflation of a balloon and in a similar way tried to improve the deformation of her body, "inflating" the hollow part of her spine pressed by scoliosis in front of a mirror. She slowly realized that this in combination with some corrective movements in her body significantly improved her scoliotic posture.